Sacred Geometry, what is it?

26 Oct Sacred Geometry, what is it?

We are kick-starting our Sacred Geometry series of posts. I love this topic because it has so many different meanings and ways of interpreting each symbol’s depth depending on your own culture and beliefs. The one thing all symbols that are part of this category have in common is perfect harmony, symmetry, mathematics, and spiritual meaning.

What is sacred geometry?

Sacred Geometry provides symbolic and sacred meanings to certain geometric shapes and proportions. When researching its origins we found that ancient cultures and spiritual traditions, including Taoists. Christians, Mayan, Hindus, Greeks, Alchemy, and Egyptians, recognized that certain patterns or geometric shapes are repeated throughout nature.
For example, honeybees are built in perfect hexagons.

These common patterns or energy blueprints have been further broken down into numbers, mathematical formulas and specific symbols that the ancients believed were the building blocks for everything in the universe. From a religious point of view is associated with the belief that a god is a geometer on of the world. Some people consider them as a key to enlightenment.

Mathematics is the language in which God has written the universe”

The geometry used in the design and construction of religious structures such as churches, temples, mosques, religious monuments, altars, and tabernacles has sometimes been considered sacred and art.

2. Circle: a two-dimensional shadow of a sphere. The ratio of the circumference of a circle compared to its diameter is called Pi, which is an infinite number that never ends and never repeats. The essence of the circle exists in a dimension that transcends the linear rationality that it contains

3. Point: The center of a sphere or circle contains a point. All measurements either begin or end at a point, so it is typically associated with the beginning and end of any type of creation.

4. Spirals: Many types of spirals exist, such as flat, 3-D, right- or left-handed, equiangular, and logarithmic. Perhaps the most well-known spiral is the shape of a nautilus shell. All types of spirals show expansion and growth and therefore symbolize infinity. You can find the spiral in your DNA, at the center of creation and organic life.

5. Toroids: A torus looks like a donut or an inner tube. The round sides are perfectly circular and they all touch each other, it can be seen as 7 distinct areas. Sacred geometry considers the torus a primary shape in all existence. For instance, the seven primary muscles in the heart form a torus. 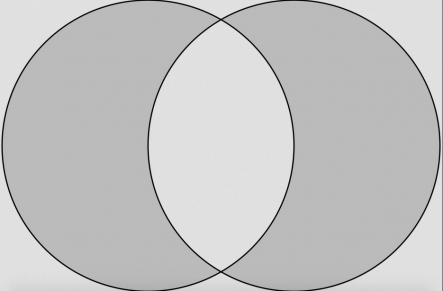 6. The Vesica Piscis: In Latin, vesica Pisces means the bladder of a fish.
formed by the intersection of two circles or spheres whose centers exactly touch. This symbolic intersection represents the “common ground”, “shared vision” or “mutual understanding” between equal individuals.
In the Christian tradition, it symbolizes Christ.

6. The Vesica Pisces: In Latin, vesica Pisces means the bladder of a fish.
formed by the intersection of two circles or spheres whose centers exactly touch. This symbolic intersection represents the “common ground”, “shared vision” or “mutual understanding” between equal individuals.
In the Christian tradition, it symbolizes Christ.

7. Platonic Solids: In three-dimensional space, it is a regular, convex polyhedron. It is constructed by congruent (identical in shape and size) regular (all angles equal and all sides equal) polygonal faces with the same number of faces meeting at each vertex.
The ancient Greeks believed that these five shapes symbolized fire, earth, air, spirit (or ether) and water, respectively

The five platonic solids are:

In Judaism, Metatron is the angel who guards God’s throne. The figure of Metatron’s Cube has been considered sacred for millennia. Composed of 13 equal circles with lines from the center of each circle extending out to the centers of the other 12 circles. Metatron’s Cube contains every shape that exists within the universe, therefore it contains the building blocks of creation.

This is an ancient symbol found throughout many global cultures. The modern term is Flower of Life. It is represented by multiple evenly-spaced circles overlapping each other to form a flower-like pattern. It is said to depict the fundamental forms and patterns of space and time. All the Platonic solids, the vesica piscis, and Metatron’s Cube are within the Flower of Life symbol.

Also known as phi or the golden mean. It occurs when two items have the same ratio when compared to each other as the ratio of their sum compared to the larger of the two items.

Many forms in nature are great examples, such as certain flower petals, tree branching structures, shells, DNA molecules, and hurricanes. Interestingly, the growth pattern of a Romanesco broccoli is arranged in an almost perfect golden ratio.

There are a few more 3-dimensional shapes that are not as publicized and can be found in the reference web page.

We will continue to study this further in the upcoming posts.